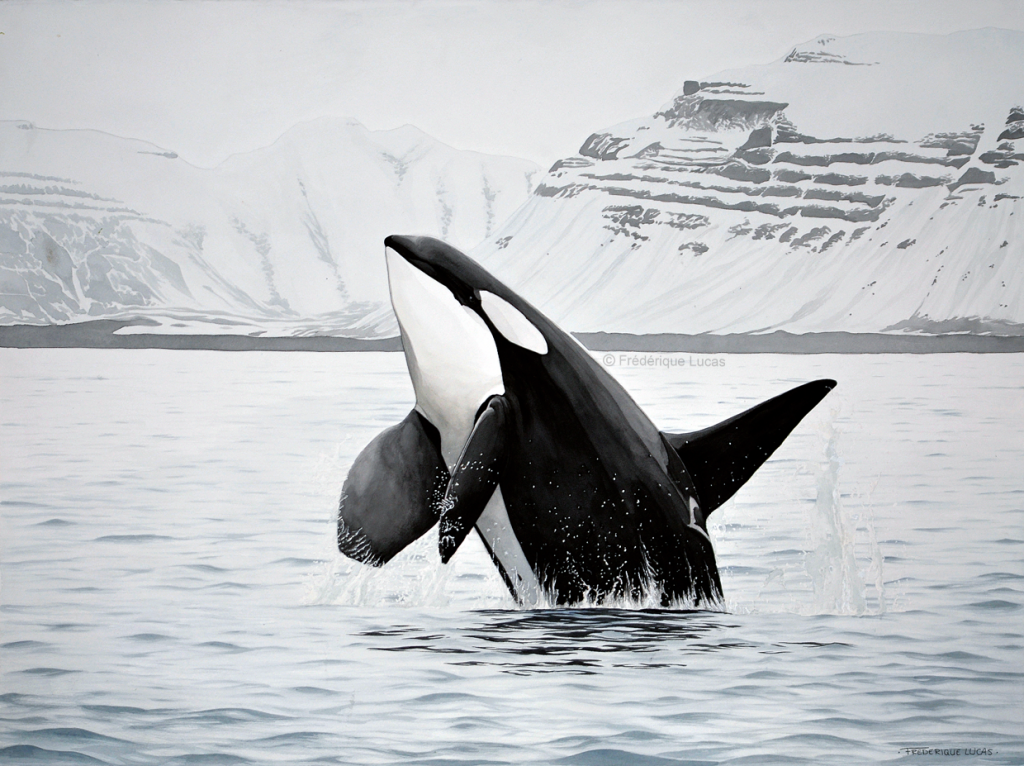 The client wanted a recreation of a piece from 6 years ago, but of course improvements were in order. Given the cold and snowy scene I decided upon Iceland as the inspiration for the background, as well as the killer whale’s ecotype. So he has the pointy rostrum, big eyepatch and floppy dorsal fin (they’re often tilted forward enough to look like they’re on backwards) typical for them. I made his facial markings more or less identical to those of Gudrun, a female Icelandic killer whale that lived in the Netherlands for a while and became something of a local celebrity. A small nod to ‘our’ Icelandic whale.